A long time ago, I was in a company that (like my current company) was known for training and coaching agile teams.

Some of our customers were continually asking us if we could double the class size so more people could sit in. Others were asking us to deliver the same content in half the time. Some were asking for both. Some didn't stop at "double" or "half."

As we discussed more and more people getting less and less exposure to the deep ideas behind Agile methods (and XP technical practices in particular) my imagination got the best of me and I giggled.

I was imaging a line of people on some kind of a conveyance, being carried past inspirational posters with agile slogans and images on them. Maybe something colorful like this (one of my favorites) Modern Agile wheel: 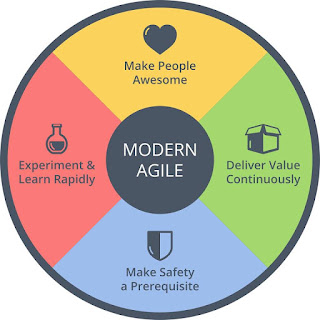 Maybe something particularly clever and memorable from our Industrial Logic collection: 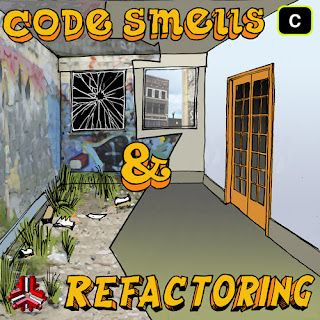 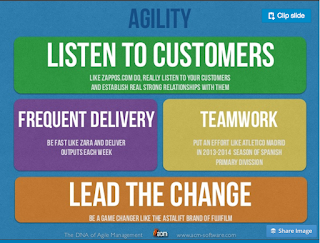 I initially thought of it as a moving sidewalk or an escalator.

But then I realized that it wouldn't be that much fun to be slowly carried past display posters, and we could get a lot more takers if it was a thrill ride.

So in my mind formed the idea of an agile training roller coaster. 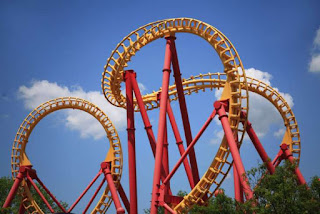 Onto the side rails of the tracks, arms would be fitted carrying slogans like:


The idea is so ludicrous!
When I shared it my colleagues laughed with me (I think it was with me).

Now it's a decade or two later and still people want shallower contact with ideas for larger and larger groups of people.

So here we could put 40 people on a train. We run 3 trains so one is loading while two are running.  If it's a 2 minute track, probably a train a minute or so.

When they get off the train, they go to the photo booth to get the photo of them looking all freaked out on the big hill, along with a certificate of training, a discount coupon for a repeat ride, and a notice that they have to come back for recertification next year when we change out a couple of the posters.

I'm considering that this might be an improvement over the two-day scrum class. You wouldn't learn much less and it might be a lot more fun. Heck, you might ride it two or three times.

It might be a simplification of Agile In A Flash, even.

Judging from what I hear from trainers, it would be a big hit.

Of course, if it is that hard to get people away from work for training, the alternative is to train while working, something along the lines of a coaching engagement or a real-work workshop.

But if someone wants to fund the coaster, we should talk.